Admitting to being a Grey Area Drinker 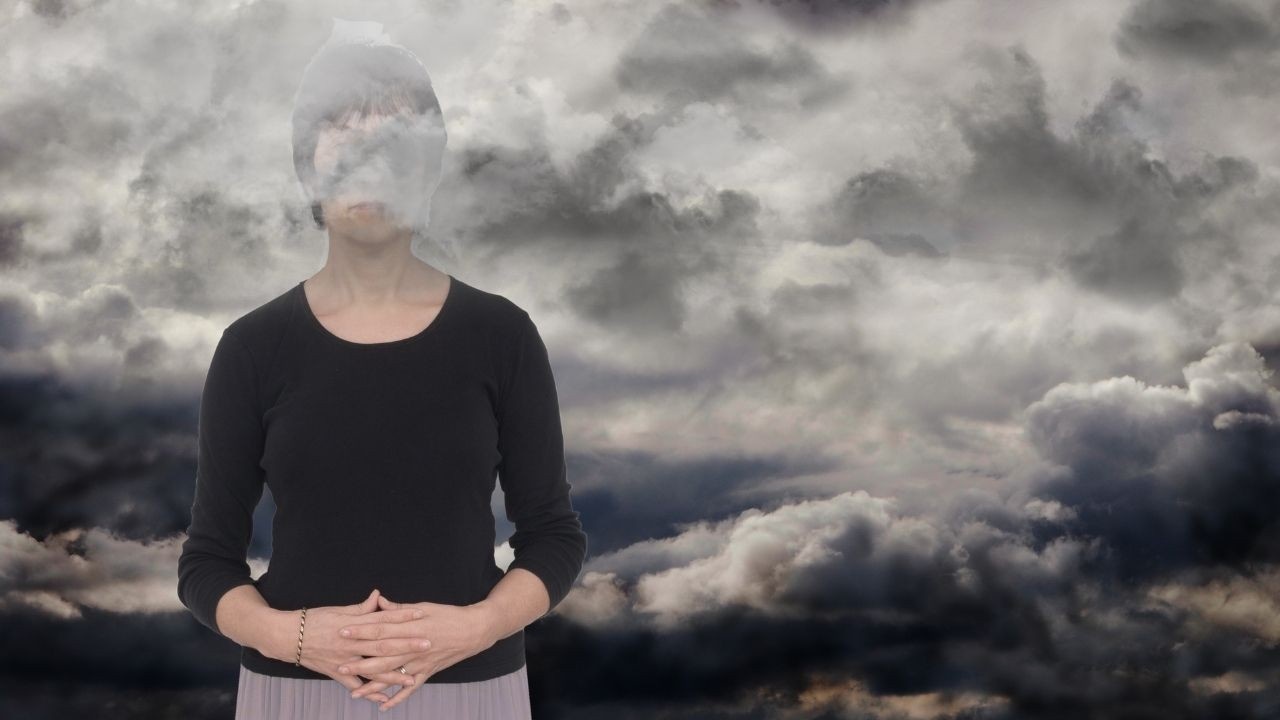 Being a Grey Area Drinker, between the light and the very dark

I’m really open to discussing my own experience of being a ‘grey area drinker’. And if you’ve not come across this term before, ‘grey area drinker’ is a phrase that describes the drinkers who sit somewhere in between the ‘I can take it or leave it’ crew, and those who’ve become physically dependent. And there are a lot of shades, varying from light to very dark!

How does talking about alcohol make you feel?

Talking about alcohol issues still feels like a bit of a taboo subject. Especially the bit about how much drinking is too much. And how drinking can become a real habit for some.

And yet when I’m talking to people about the coaching I do, they nearly always have a story about a friend or relative of theirs who’s struggled with drinking too.

So if problems with alcohol are so common, why aren’t we talking about it?

Not that long ago, mental health used to be a taboo subject too. Today it’s a very open topic, and this openness has helped to get rid of the stigma around it. Having great open discussions has allowed acceptance of mental health issues which in turn has led to people reaching out for help and getting the treatment that they need.

And this is where I hope discussions around alcohol-related problems will go to in the future too.

How can we open up conversations about drinking?

We need open up the discussion about how addictive alcohol can be. And one way we can do this is to share our stories. And I don’t mean just stories of rock-bottom, but stories of regular people, like me, who slid unwittingly into an unhealthy habitual drinking routine and got stuck.

So here’s a pretty frank and open story of how I noticed, and finally acknowledged, that I had a problem.

Googling “Am I an alcoholic?”

Back in 2017 I wasn’t in a good place. I functioned pretty well most of the time at work, home and play, but I couldn’t stop myself opening a bottle of wine every night. And I kept asking myself “am I an alcoholic?”, and I googled it several times just to check I wasn’t!

The truth is that I slipped into a habit of drinking every night through the years without even realising.

Drinking in the UK is basically a given. As a teenager, I was the quiet one in school - great at exams, sometimes bullied and never in the ‘in crowd’. But as I entered the world o house parties and pubs, I discovered that I could party like the in crowd once I had a few drinks inside me. Alcohol seemed to be my magic pass to inclusion.

By the time I was in my mid 20’s, I’d done university with a lot of binge drinking, and my weekends were still fuelled with copious amounts of drinks. in the evening. And then slowly the mid week regular drinking started to creep in too. A bottle of red wine – that was my midweek ‘treat’, because red wine made me feel sophisticated...

My husband became my partner in crime and it was too easy to get carried away with going out, skipping meals for liquid, immersing ourselves in the local ‘pub scene’. We laughed at the fact that everyone in our little village seemed to go to bed before we’d even left the pub. Yet looking back, they were the normal ones, but I just couldn’t see it.

Then suddenly, IT ALL CHANGED!

I became pregnant. And you know what? The most amazing thing happened – I didn’t want to drink! My body and brain connected to exclude what my body knew was a poison. And I was fine in my body with that, though not so much in my head.

(I’ve thought for so many years that being pregnant gave me the most fantastic sleep! Of course, only now do I realise that I slept because there was no alcohol in my system to wake me in the middle of the night!)

Once I had my son, my mind wanted to get straight back to drinking but my body had other ideas. “Yuk!” I hated the taste of red wine and beer! But the behaviour pathways in my brain were channelled deep. And that ‘voice in my head’ aka the ‘wine witch’, had me forcing the wine down until I became used to the taste again.

And so started the cycle of being a stay-at-home grey area drinker.

Always looking forward to getting in from work, opening the wine and being able to ‘unwind’. After all, I have a full-time professional job and a family so surely I must deserve it? Rushing the kids into bed – I’m so sad now that I lost this precious time with them…

And as my husband began to drink much less, any time he gently questioned me around opening another bottle – it would make me so defensive and angry that I’d bite his head off.

The thing is, I never really suffered from hangovers. My head might feel a bit fuzzy, but regular drinking never stopped me from going to work, getting the kids to school, going out, continuing on the usual chores and daily activities.

So without the hangovers, don’t you just assume your drinking is ok? I was a ‘high functioning dysfunctional drinker’. On the outside, no obvious signs to others that I had an alcohol disorder. Yet on the inside, my head was always focusing on my evening drink, my stomach churning at the thought of being unable to have it.

So what really kicked me into acknowledging I had a problem?

I’m baring my soul here, so if you’ve never been susceptible to alcohol, I ask you not to judge.

Here’s my probably too truthful list of what made me realise I had a problem with alcohol:

1. The voice in my head wouldn’t go away.

I tried to moderate but I couldn’t have a night off without a major stress crisis. Most times, I just gave in. I’m not weak willed, but alcohol has ways of overcoming your will power.

For years I’d known that she was starting to worry that I drank too much. Every now and then she would mention it, not in a pushy way, but enough to nudge my subconscious into storing those comments away.

“What do you mean we’ll be late back? How will I fit my drinking in? I’m not driving, you can.” Utter selfishness to ensure I could get my fix.

So full of wine bottles. How embarrassing? It looked like we had a major party every week, but it was just me.

My husband would suggest nights off and I would get so anxious, and then angry. My wine witch would appear - “How dare he suggest it! You deserve it.”

We never argued about it but I could tell when he was disappointed which made me even more angry.

Whenever there was a bottle of wine between me and my husband, or out at a meal, all I could think of was “how can I have more of it? Perhaps if I just drink at bit faster I can get there before it runs out..” I always finished my glass so much faster than everyone else, and I wanted to fill it so many more times. No one else was doing that. Just me. “Oh, sorry, I’ve had the last bit, thought you didn’t want any more….”

I knew my husband didn’t like to drink as much as me, and he was starting to worry. So I would drink a couple of quick glasses before he got home from work and hide the evidence. Now THAT was a real wake up call for me!

8. Out of control Drinking.

Once a trigger hit, I couldn’t stop drinking once I started. The ‘fuck it’ moment.  My best friend and I waited a whole year to see PJ Harvey. What happened? I got hit by a trigger that afternoon and BAM! I spent the whole gig so pissed I fell asleep standing up on a stranger’s shoulder. We tried to laugh about it afterwards but I felt such shame, regret and disappoint. I knew I was out of control.

Waking up realising that yet again, I’d managed to demolish the whole of the wine and more. I stayed up late instead of going to bed just so that I could. And in the morning, I would ask myself ‘Why? Why did I do that?” and not have an answer.

I really couldn’t take any more of the anxiety, the shame, the depression about my lack of will power. It just got too much to constantly fight.

It could have gone either way. I could have just given in to drinking, but I chose to admit to myself and others close to me that I had a problem.

No one tells you when you’re young that alcohol is addictive. There are no warnings on bottles, and in fact the alcohol industry does the opposite. It makes alcoholic drinks look fun and cool, like you need them to be popular, to celebrate, to commiserate. And the industry encourages birthday cards and memes showing that to be a mum you deserve ‘Mummy juice’ and ‘gin o’clock’…

Alcohol can and does take over your life if you’re susceptible. I didn’t choose to become addicted, and yet somehow, I did.

Falling into a dependence on alcohol is becoming more and more common, as a crutch to cope with anxiety, stress and sleep.

We need to talk more openly about the true health risks and addictive properties of alcohol. The harm it does to your mental and physical health. Me, you, our kids, healthcare professional & business leaders, movie stars – all of us.

How things can change...

My story today is very different. I have freedom, energy, peace of mind, a newfound love of adventure, and I’ve rekindled my true loves of nature and learning. I’ve found myself again.

And I want to say a huge heart felt "thank you" to all those who’ve stuck by me through the ridiculous situations I’ve got myself into when drinking. And to those of you who’ve helped me to come through to the other side. Liz and Rob, you know who you are!

Stay connected with news and updates!

Join my mailing list to receive tips, chat and news.Don't worry, your information will not be shared.

We hate SPAM. We will never sell your information, for any reason. 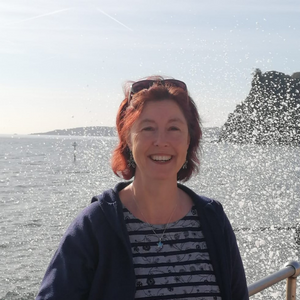 "When you stop drinking on autopilot the whole world opens up! Given half the chance you'll find me out in nature, up a mountain or by the sea!" 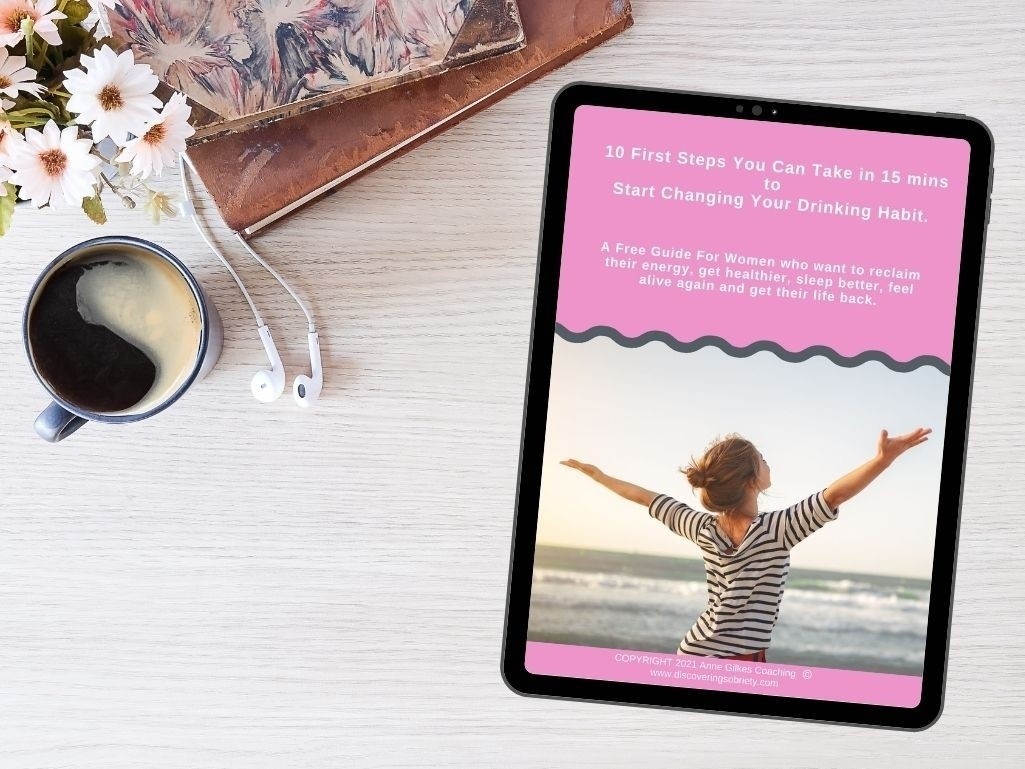 Have you downloaded your FREE First Steps Guide?

Packed with my top tips & steps you can take in just 15 mins to beat the wine witch!